WITH HOSPITALS DESTROYED, ALEPPO COULD BE ‘NEXT MADAYA,’ DOCTOR WARNS 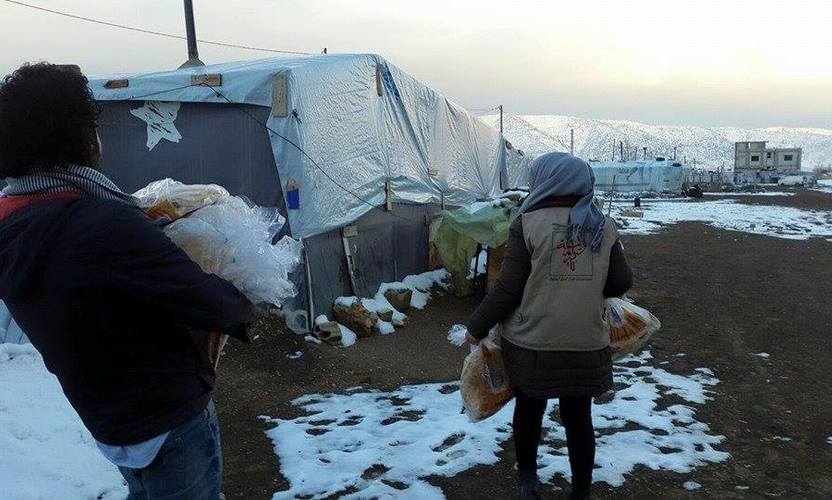 Katoub is in New York with Hivin Kako, executive director of the Bihar Relief Organization, an NGO helping people in northern Syria, and Reem Alhaswani, co-founder of Basmeh & Zeitooneh, an NGO helping Syrian refugees in Lebanon and Turkey. Together, they’re meeting with representatives of multiple governments, including the U.K., Japanese, European Union and Italian missions to the U.N., to push for further protection of civilians in Syria. At 9:30 E.T. on Friday, SAMS is calling for doctors and medical staff around the world to go on a 30-minute strike to "show your solidarity with Syria's doctors and medical personnel."

A public health outbreak in Aleppo is another concern, says Katoub. There have already been seen before in areas of Syria where malnutrition and hellish living conditions have been forced on residents. In 2014, polio re-emerged in Syria, a country declared free of the disease in 1999, after vaccination rates fell and infrastructure needed to provide clean water was destroyed. Currently, there are reports of a serious meningitis outbreak in Madaya, according to Save The Children.

Another purpose of the group’s trip is to get “a lead on the coming Trump administration,” says Kako. There is growing concern that President-elect Donald Trump’s sympathetic, even favorable, views of Russia and President Vladimir Putin could make finding a solution to the Syrian crisis even more difficult. Russia’s year-long involvement in the Syrian war has made matters worse, and Bashar al-Assad has called Trump a "natural ally."

President Barack Obama during his trip to Lima, Peru earlier this week said he is “not optimistic about a the short-term prospects in Syria.”

He adds: "Also, if you deal with that root, you also decrease the number of refugees across the world because that is another point of his concern.” Trump has called for "extreme vetting" of Syrian refugees, and a potential cabinet member, Kris Kobach, was seen carrying plans to prohibit the entry of any Syrian refugees to the U.S.

“We should make sure that this new administration, or people surrounding Trump, know that civil society will be also fighting ISIS. Syrians are fighting against ISIS, they don’t want it," says Alhaswani.

Newsweek spoke with the group on Monday, hours after the U.N. Security Council held its latest meeting on Syria. Stephen O’Brien, the under-secretary-general for humanitarian affairs and emergency relief coordinator, said in a speech that he is “more or less at my wit’s end as a human being.” He went on to describe the spate of attacks over the past week as “yet another low in an unrelenting human onslaught.”

More than anything, Katoub, Kako and Alhaswani plan to push leaders on the immediate protection of civilians while encouraging the fostering of a political will to actually end the conflict. They know this means a long road ahead.

“There’s a very clear escalation of violence in the country. If those violators didn’t see a power facing them, didn’t see who is willing, really, to stop those violations, they will never stop,” says Katoub. “They will not come to a negotiation with anyone. Power needs to be faced by power. We have been hearing a lot of talk about a commitment to a political solution. What kind of political solution can be done when there are commitments to war crimes, more than protection of civilians?”