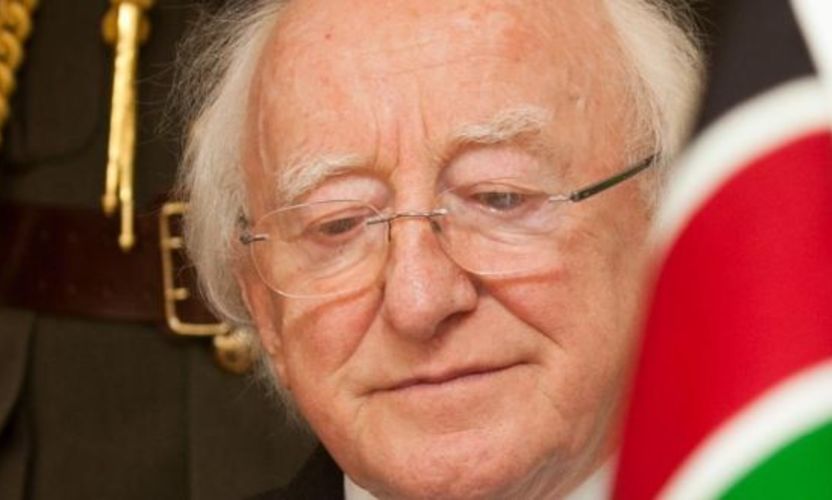 President Michael D Higgins has voiced pointed criticism of the international community, and of the European Union in particular, for failing to deal with the underlying causes of the refugee crisis in the Mediterranean and in Lebanon.

In comments during an official visit to Lebanon, he asserted that failure at EU level had turned the Mediterranean into a graveyard and a similar failure at an international level in general had allowed the Syrian refugee problem grow in Lebanon to a scale that was unfair and unsustainable.

The President was speaking after visiting the Beirut offices of Caritas, the social outreach mission that reflects Catholic Church values, where he also met representatives of two Irish non-governmental aid organizations, Concern and Trócaire, and a Lebanese NGO, Basmeh and Zeitooneh, which specialises in trying to help refugee Syrian women and children.

Speaking of the recent deaths in the Mediterranean, the President castigated the EU decision to abandon a policy of aiding Italian efforts to deal with refugees arriving from Libya, only to reverse that abandonment when presented with the consequences.

“The idea that the Mediterranean would be turned into a grave is appalling,” he said.

“Look, if you like, at the administrative chaos of asking the Italian government to end its programme because it didn’t meet a European standard and then, when you are forced by a huge volume of deaths, that the best you can come up with is a reinstitution of a programme that is very similar, or almost identical, to the original Italian programme that you found fault with because it didn’t meet some bogus European criterion.”

The crisis tested the very idea of Europe, he said, and he attacked suggestions that, somehow, Europe had to erect impenetrable borders as “monstrous”.

Referring to the Syrian refugee crisis, he said it was unfair that Lebanon, with a population of 4.1 million and which already had a large number of Palestinian refugees dating from 1948, was now having to cope with an influx of an additional 1.2 million displaced people. Diplomacy needed to be more proactive to head off such situations, he said.

“The international community . . . needs to engage actively in advance of conflicts.

More and more the international discourse is reactive; it’s always reacting to the worst events after they have happened.”

He suggested the Israeli-Palestinian stalemate needed a permanent secretariat to nurture suggestions into possible solution.

“We look at something like the Israeli-Palestinian conflict and the gestures that are made and then people walk away from them – without a continuing, permanent secretariat to take options, wherever they came from, and put them onto the table and stay with them.”

Earlier, the President, accompanied by the Minister of State at the Department of Defence, Paul Keogh, met the president of the Lebanese council of ministers, Tammam Salam, and visited Byblos, a Unesco World Heritage town north of Beirut that dates from 6,000 BC. Today, accompanied by Mrs Higgins and the Chief of Staff of the Defence Forces, he will visit the 181 Defence Forces troops serving with Unifil in southern Lebanon.