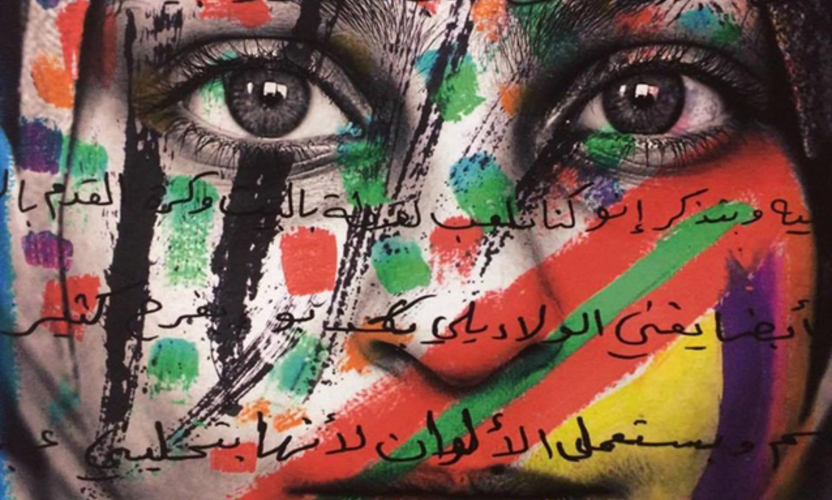 BEIRUT (Thomson Reuters Foundation) - The screams of a dozen Syrian and Palestinian children pierce the air of a community center in Lebanon's Shatila refugee camp.

Yet the children are not hurt. They are yelling to express the anger and fear they feel as victims of conflict in special "peace education" classes.

"We don't hit each other. We don't say bad things about each other. Boys don't hit girls," said 11-year-old Hala, who asked not to be identified for security reasons.

Hala fled Deir el Zor in Syria and has been living in Lebanon for less than two years. She said one of her favorite activities is "playback", where each child will tell a story or describe a situation that is bothering them and will have the other children act it out.

Organized by Basmeh and Zeitooneh, a local charity, the classes in a chaotic fifth floor room were set up to help children voice their opinions, release the stress caused by war and displacement and rediscover their imaginations, staff say.

They hope by providing children with activities such as painting, dram and storytelling, they will be less vulnerable to recruitment by militant groups preying on children and teenagers who may be out of school with little to occupy them.

"These kids have been through a lot. They're traumatized in many different ways," said "peace education" project manager Elio Gharios.

"They're agitated, maybe introverted, aggressive at times," he told the Thomson Reuters Foundation.

Lebanon is home to more than 1 million Syrian refugees, half of them children.

In 1949, it opened the Shatila camp in Beirut to host Palestinian refugees fleeing Israel's founding in 1948.

As a new wave of Syrian refugees joined the ranks of the displaced, Shatila has grown upwards, with some buildings now six floors high. Houses are damp and overcrowded, and the tangled electricity wires that hang across the streets cause multiple deaths a year.

More of an urban slum than a traditional refugee camp, Shatila which covers one square kilometer is home to as many as 42,000 people, according to Rasha Shukr, the Beirut area manager for Basma and Zeitooneh.

Gharios, a charismatic 24-year-old Lebanese psychology graduate, said children aged between seven and 14 attend the classes with up to 20 children in each session.

Each class starts with the children deciding on rules for how they can and cannot treat each other.

"They need to know that finding peaceful ways to resolve conflicts is a very important matter ... They are reminded every time that violence is not the solution, it's not the way," Gharios said.

"They're young, it is the teenagers who are easiest to brainwash. Many children know how to roll a joint, say, and they're 12 or 11. Many have witnessed things happen in here where someone would hold a gun against someone else's head."

Young Syrian refugees are at particular risk of being recruited by extremist groups in Lebanon and elsewhere because their recent displacement often fuels a sense of hopelessness, says UK-based charity International Alert, which funds projects in Shatila camp, including the classes.

Palestinian groups including Hamas militants and Palestinian President Mahmoud Abbas' Fatah movement are active inside Shatila, according to charities working there.

Islamic State and Jabhat Fateh al-Sham, another extremist group, have also been known to target young refugees online, they say.

International Alert says these classes make children less vulnerable to recruitment because they provide them with a safe environment to discuss problems, learn conflict resolution skills and to rebuild a sense of purpose.

Often there is a need for a sense of significance, purpose, and belonging, and sometimes there is a desire for revenge, she told the Thomson Reuters Foundation.

A lack of alternatives and the need to make a living are also strong pull factors, Brooks said.

Conflict and displacement tend to fuel the abuse and exploitation of children, refugee experts say.

For example, many children are forced to work or beg to feed themselves and their families, young girls face greater risk of being married off and domestic violence increases, they say.

"Peace education" classes, which started this year, have already had some impact, Brooks said citing a 17-year-old in the program who was approached by an Islamic State recruiter through Facebook.

The teenager immediately reported it to a member of staff involved in the classes.

For Hala, the classes which she has been attending for right months have made a huge difference to her and her younger siblings.

"My brothers changed. They became much happier," she said.