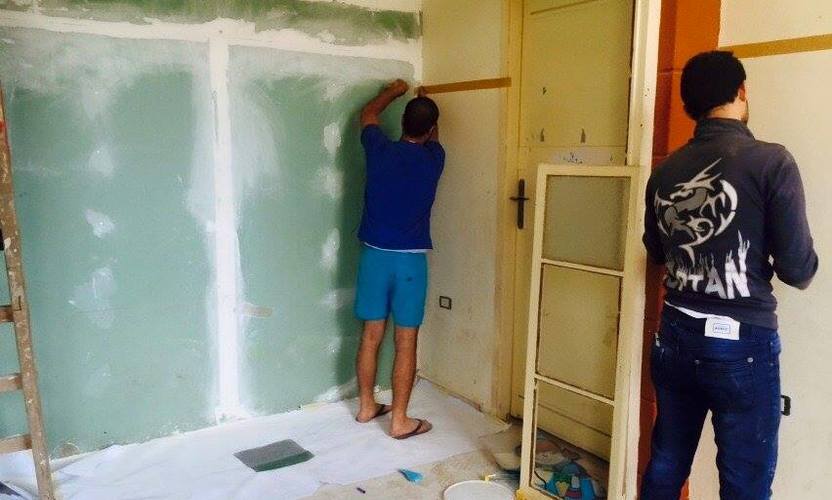 Moayad Shanbour is a 19-year-old Palestinian-Syrian living in Shatila refugee camp with his parents, aunt and two sisters. He and his family applied to the Shelter Renovation program, which would provide vital refurbishments to their home. During their visit to his house, the Shelter Renovation team found out that none of the Moayad’s family had an income, and that he was trying to find work. As a result, they asked him if he would like to join their apprenticeship scheme, training as an apprentice painter on a salary of $10 per day.

In October 2015, Moayad began his training; he began by observing the contracted painter during his work, before being taught how to carry out basic tasks, and eventually moving on to the more complicated aspects of house painting. The Shelter team recognized that Moayad was hardworking and motivated, and awarded him a 30 percent financial bonus as an added incentive.

In March 2016, the Shelter Renovation team officially hired Moayad as a full-time painter on the program, earning a salary of $30 per day. Not only has this opportunity relieved his family of severe financial pressure, but he told his new employer how his chance at employment had improved his self-esteem and social networks. Moayad’s story is an example of how the Shelter Renovation program not only increases the protection of families living in the most vulnerable housing, but also provides opportunities for employment and professional development in an economically marginalized area.