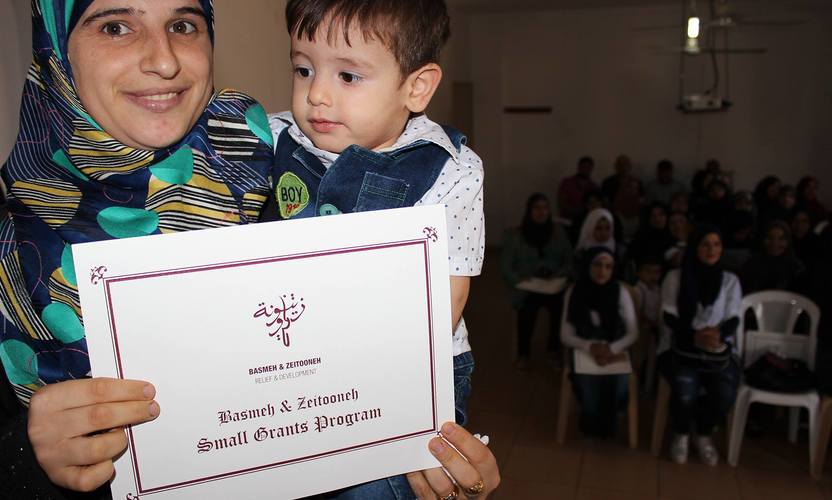 Samar Hijazi, a 45-year-old Syrian refugee who was married for 33 years to a man she described as “abusive and domineering” recently was granted a divorce. The refugee from Syria had wished for this day to come for years, but it had never seemed a possibility in the life she once knew in the nation she has fled. Her family found refuge in Lebanon two years ago, where they were treated well by aid organizers who provided them with shelter and food. Their new life also caused her to be less dependent on her husband. She began venturing out of their home alone and making decisions for the family, which caused her to feel more independent and self-sufficient. It was with one last beating by her husband which left her entire body bruised that Hijazi decided it was enough. She spoke about the strength she has found since fleeing Syria and living a new life in Lebanon.

“In Syria, because of the family and social pressure, I submitted to him. But here, the circumstances we’ve passed through made me stronger. Here, I feel independent.”
This is just one example as to how Syrian women living as refugees in Lebanon have experienced a bitter sweetness. Empowerment has resulted for many in the trials and changes these women have experienced. Difficult circumstances like economic challenges, have caused women to take on more responsibility within the family that previously had been those carried out by men. Aid groups have enlightened women to women’s rights and have offered an autonomous reality that these women had not experienced or known in Syria.

— New Blue Reporter (@Bluehand_Report) November 5, 2016
The Washington Post relays the details about the refugee crisis and how it has impacted Lebanon.

“More than a million Syrian refugees live in Lebanon, seeking refuge from a war that has raged for more than four years. Amid fears that the influx would overwhelm the fragile country, in 2014 the government began requiring visas for arriving Syrians. Last year, it introduced stringent residency requirements that made obtaining legal status impossible for many of them. That has sharply restricted mobility — and the ability to work — for men, who are more at risk of arrest for undocumented status than women.”
The situation has resulted in the women in families taking on much of the burden when it comes to taking care of the family. It is a large change for many women, who before arriving in Lebanon, were never able to leave their homes without a male relative.

A senior social counselor at Basmeh and Zeitooneh, which is an organization that was founded by Syrian expatriates, Nibal Al Alow, shares about the traditions Syrian women are used to.

“Many of these women come from conservative societies where men do everything and women stay at home. Now they have to register the children in school, buy the food, take children to the doctor and take care of everything. Women have taken on larger roles.”
This means that more and more women are working outside the home which is resulting in an empowerment and is inspiring change within the families, that involves women making more decisions in regards to where to send children for schooling and how the family spends its money.

Um Mohamed, a 28-year-old mother of two, who moved to Lebanon, is a perfect example of how the roles in the family has shifted since she and her husband left Syria. In her native land, Mohamed rarely left her home and never was able to leave on her own. It was her husband who shopped for food while she remained home to cook and look after their children. In Lebanon, her husband does not work, while she takes a bus each day to a women’s empowerment center that is run by the Amel Association, an aid group in a suburban area of Beirut. There she makes jewelry and decorative wall hangings which sell for a small amount.